What's on your mind?

2. I just saw the page "Aziraphale" on here. Is that supposed to be on here? I understand that Good Omens is also one of Pratchett's books but this is Discworld wiki.

Can anybody shed any light on this figurine, we have maybe had this for 20 yrs or so. We do not know the maker and it is stuck to a wooden plinth so you can't access underneath. Looked at all of the back catalogue from Clarecraft and it doesn't appear there. Is very well made though. 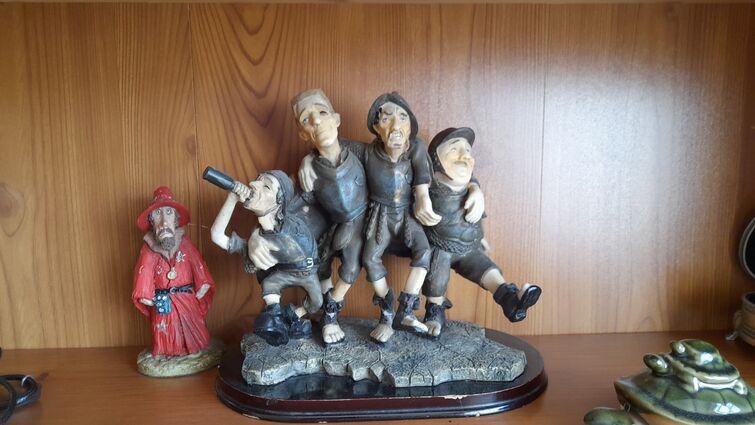 On Discworld Wiki the name is incorrectly shown as 'Eric Stronginthearm'

Adora is easily the best character and Anoia is best goddess. Proove me wrong

But I can't figure out any connection or etymology for Leshp. If you know, please enlighten me!

Anywhere in the series, is a Hogswatch card described? I'm planning to make some for my friends and family, and would love to know if there are any that are described in the books. (I know it's about 2 months till Hogswatch, but I like planning ahead) Also, when it comes to the Discworld fanbase, do people celebrate Hogswatch on Christmas day or as the wiki says "The day before new years". I'm still kinda new to the Discworld fanbase.

If you don't want to read about everything obviously wrong with this trailer I wouldn't read this, this is basically a post for me to scream into the abyss with.

Also, I know The Watch isn't a proper adaptaion anymore and Terry Pratchetts daughter said it was only based on her fathers characters, BUT WHY TAKE CHARACTERS IF YOU'RE GOING TO COMPLETLEY CHANGE ALMOST EVERYTHING ABOUT THEM. Also, why is Vimes, the man who hates plumes, wearing more eyeliner than a goth on a bad day? I really hope the dog we see in the trailer isn't Gaspode, BECAUSE HIS COAT IS CLEANER THAN MY MUMS KITCHEN. Correct me if I'm wrong, but I swear I saw a few frames in the trailer where Vimes, SAMUEL VIMES was playing an electric guitar on a stage...... Also, WHY ISN'T CHEERY A DWARF. I don't think I saw any dwarves in the trailer so they might not have them in this "Discworld", but one of the best things about Cheery was she was a dwarf that went and wore what she wanted to and it was brilliant! (Also her relasionship with Angua is one of the best things in feet of clay) Also Sybil uses a dragon as a weapon....... I can only imagine the real Sybil doing this in a very, very, very, VERY, sticky situation.. Just.... AHHHHHHHHHHHHHHHHHHHHHHHHHHHHHHHHHHH.

Hi all, Death in Discworld has a lot of great life lessons to share... There is a passage in a Discworld book where Death visits a man who built an impenetrable bunker to keep him safe from death, but forgot to put in the airholes...

Can you help me to find the right book (I'm thinking Pyramids, but not sure) and the passage? I've been thinking about this passage a lot as i have a friend who is trying to build a corona- proof bunker around himself and alienating all his friends and family in the meantime...

Thanks in advance for any help!

I have just purchased a Mitsubishi L200 Barbarian and I NEED some Cohen stickers, where can I get them from

I am currently beginning the Discworld series. Once I have finished guards guards, does anyone recommend which book I should read next?

I read this is in one of the Disc World books years ago and cannot remember which one. It is from Sam Vimes and he is talking about vampires and how if you need to catch a vampire you need other vampires. Because only vampires knew how to handle other vampires. Any help would be grateful.

The wiki at lspace.org appears to have disappeared. Does anyone know about this?

I cant for for the life of me who succeded Wonse? Put me out of my mysery!

I am pretty new to Discworld. (I've read "the Colour of Magic," and I just started "The Light Fantastic.") I want a good map, to help my mind wrap around the weird geography. On Amazon, there are two options, (listed in the title.) The Mapp is cheaper, but comes with less stuff. The atlas is already more expensive, but since they have to ship it overseas, there's an extra ten bucks for shipping. Is it worth it to get the atlas, or should I go with the map?

Does anyone know if there's a fanfiction/roleplay wiki for Discworld other than the Discworld Fanon Wiki that seems to have been abandonned a long, long time ago. If there isn't I could make one (of course with help).

Please just used the poll or add info in replies.

Should I make a new Discworld Fanfiction/Roleplay Wiki?
Yes
No
Don't Care
Can I help?

Hi everyone. I am a musician playing at a Discworld event in a month, I haven't read any of the books(I am going to start this week, though I am a slow reader). I'm looking at topics and characters that I could write about and do some research on in the next few weeks, if you have any favourite characters or stories I could research and get to work on. Any and all help would be greatly appreciated.

What would be cool and interesting crossovers with Discworld & Non-Discworld characters? Personally, I think the concept of Hogwarts students(from Harry Potter) going to the Unseen University would be rather funny. 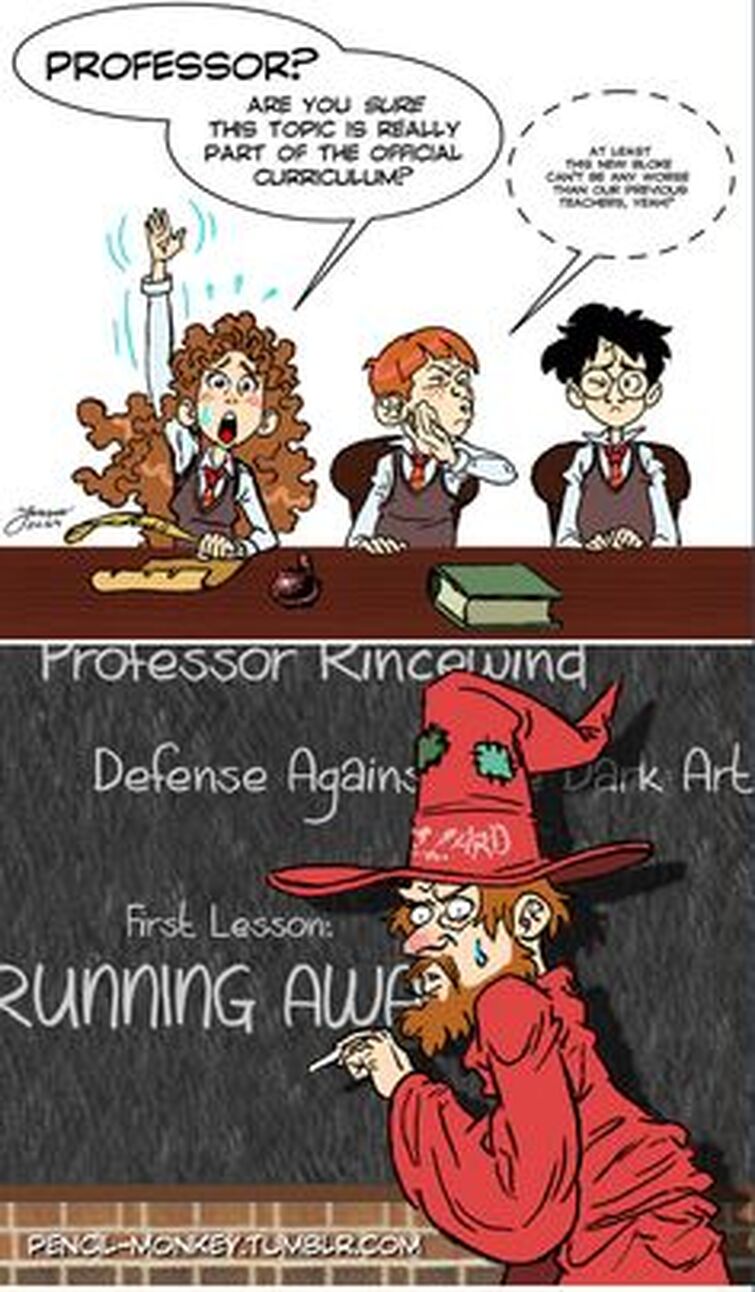 This is the place to talk about your favorite topic, to share news, theories, ideas, and to connect with others. The content from your Forum has been converted to Discussions posts, so nothing has been lost.

To learn more about what you can do here, check out community.wikia.com/wiki/Help:Discussions

If you're an admin on this community, read more about how you can customize your Discussions and set up guidelines for contributors: community.wikia.com/wiki/Help:Admin_and_Moderator_Tools_in_Discussions