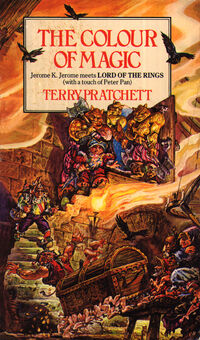 Discworld is a comedic fantasy book series by Terry Pratchett.

The novels are set on the Discworld, a flat world balanced on the backs of four elephants which, in turn, stand on the back of a giant turtle, Great A'Tuin. The books frequently parody, or at least borrow ideas from, J. R. R. Tolkien, Robert E. Howard, H. P. Lovecraft and William Shakespeare, as well as mythology, folklore and fairy tales, often using them for satirical parallels with current cultural, technological and scientific issues.

The novels have won awards such as the Prometheus Award and the Carnegie Medal. In the BBC's Big Read, five Discworld books were in the top 100, and a total of fifteen in the top 200. The novels have inspired other works such as video games, as well as a new TV series titled The Watch. 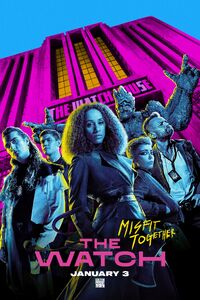 The Watch is a fantasy-police TV series airing on BBC America, based off best-selling novels by Terry Pratchett.

Set in the fictional city of Ankh-Morpork, where crime has been legalized, The Watch is a "punk rock" drama. The eight-part series centers on a group of misfit cops as they rise up from decades of helplessness to save their corrupt city from catastrophe.

The Watch premiered on January 3, 2021 on BBC America! However, the premiere episode "A Near Vimes Experience" was released early on December 31, 2020 on the streaming service AMC+ 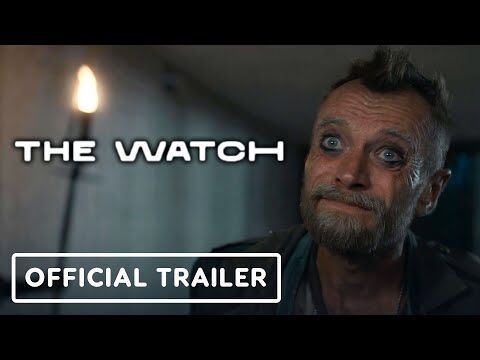 Discworld Wiki is a collaborative community run by fans, for fans! We aim to document everything relating to Discworld and The Watch. We currently have a total of 837 pages. You are welcome to sign up for an account to start editing today! 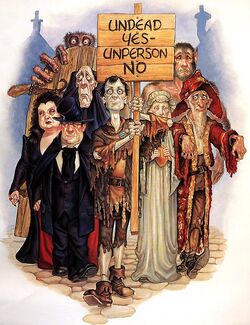 Go to these sites for info or for help with your own wiki!

Want your community included? See how!

Retrieved from "https://discworld.fandom.com/wiki/Main_Page?oldid=13411"
Community content is available under CC-BY-SA unless otherwise noted.